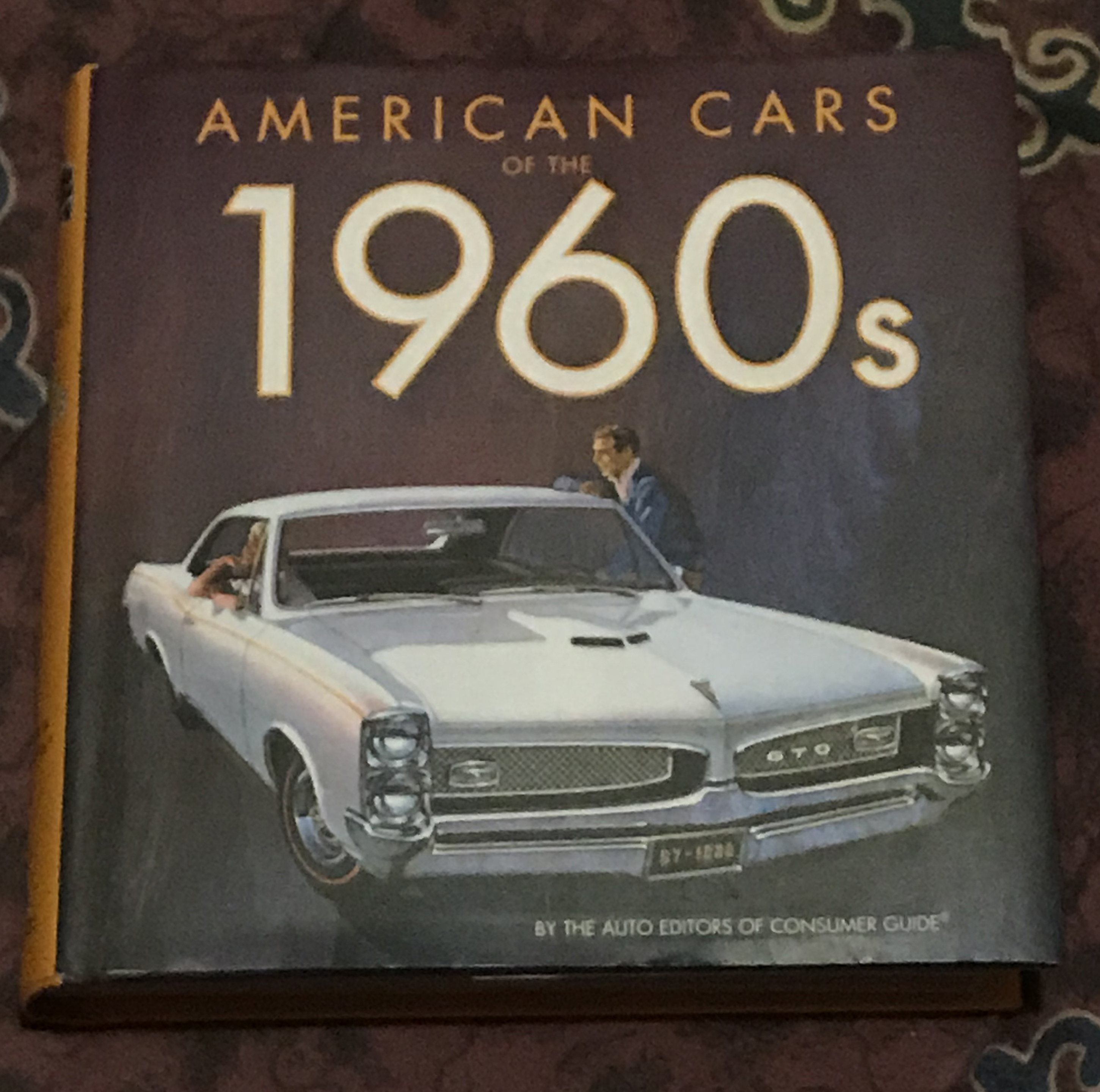 American Cars of the 1960s by The Auto Editors at Consumer Guide
published 2010 by Publications International Limited
320 pages, hardcover

Remember when Mad Men debuted, and people got all caught up in the early 1960s again? The look, that slick Kennedy-era/Madison Avenue polish. While the television show was more about the characters than the industry they work in, there are glimpses of how the ad game worked then, and the automobile figured quite prominently in the series.

American Cars of the 1960s is a book is filled with the colour and energy of 1960s automobile advertising imagery at its best. It is comprised of images taken directly from the manufacturers’ brochures and magazine advertising. Each marque is grouped alphabetically, and then follows a year-after-year format, which is great for seeing how American automotive styling progressed through the 60s. It also shows how advertising was changing.

Some very recognizable auto ad artwork make appearances. The Pontiac section contains numerous pieces of Art Fitzpatrick’s iconic ‘Wide-Track’ work. Plymouth was out to ‘win you over’. You might catch a case of Dodge Fever. And you’ll be asked “Wouldn’t you really rather have a Buick?”

It is important to note that this book includes images of three marques that ceased production during the decade. The last of Desoto, Edsel and Studebaker are found in these pages. Also interesting is to see how as the decade progressed, the Rambler name, once prominent in ads, is replaced by AMC.

It’s easy to see the allure of the images on these pages. Luxury cars in country club settings. Station wagons full of camping gear and picnic baskets. Personal coupes, sports cars and convertibles parked near golf courses and marinas. Images specifically created to lure you off your couch and into the showroom (hopefully a couple times in the decade) to trade your jalopy in on Detroit’s newest, shiniest, more powerful creation. Light on text and hard information, but heavy on colourful pictures, this book transports you back to when magazine ads and brochures did their best to sell you all the excitement and glamour of new cars in the 1960s.

This book is really just a lot of fun to flip through and soak up.

Pros: filled with colourful, original advertising artwork and photos
Cons: little in the way of substantial information
Where to find it: Amazon, ebay, retail booksellers (traditional and online)